Not a CyberLink member? 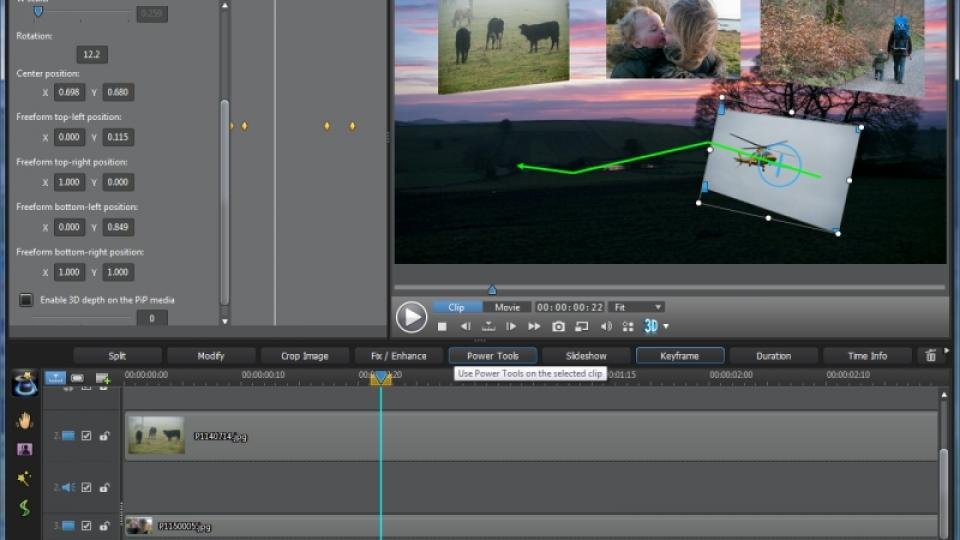 This latest version of the program introduces a number of usability improvements and new features, most compellingly the TrueTheater video correction and enhancement tool. On the other hand, the upgrade fixes none of the previous version's interface faults, such as its tendency to obscure tools when you run the program at less than full-screen. Since I like to multitask, these drawbacks have begun to grate on me a bit. I was pleased with the newly resizable panes for Media where you add files , Preview where you watch your movie , and Timeline where you assemble the movie in version 8's Edit window.

Cyberlink nicely revamped the Produce window where you select the output format and the location as well. Formerly presented over a series of three step-through dialog boxes, all options now appear on a single page that fills the main window.

Version 8 also reworks the 'Create disc' pane so that you can view the content of the disc--and the menu structure--in tree-diagram form. Regrettably, due to a lack of scrollbars, if you don't run the program at full-screen, you won't be able to see some critical components.

Also, when you set the Windows task bar to hide automatically, PowerDirector blocks access to it, forcing you to click Ctrl-Esc to display it. I gave version 6 and even version 7 a pass on these and other interface problems, expecting Cyberlink to fix them in free updates. The company has assured me that corrective code will finally be available within the next month as a free update. Welcome new features include TrueTheater HD up-sampling, video stabilization, audio and video denoise tools, motion frame interpolation, three music tracks up from one in version 7 , and nine picture-in-picture tracks up from six.

You also get a new particle FX library for overlaying such elements as snow falling. PowerDirector 8's excellent price-to-power ratio is undeniable, so if you aren't bothered by having to work in full-screen mode, go for it. When a company keeps its word, I think you should know about it. Cyberlink sent me the latest version of PowerDirector 8, and all work areas are resized with the main window so that all controls are visible at all times.

Nice job, folks. Since this change corrects the main shortcoming I identified in the original version of the PowerDirector 8, I now have no hesitation in recommending the program.

When you purchase something after clicking links in our articles, we may earn a small commission. Read our affiliate link policy for more details. At a Glance A powerful, versatile video editor.

There are 10 video tracks, full-screen previews on a second monitor, plus keyframe editing for effects settings that vary over time. That latter could be better implemented, though. Version 8 introduces the Particle Effects Designer, which generates flurries of sparkles or falling petals with which to adorn your videos. PowerDirector 8 excels in its handling of proprietary camera formats.