Want some cheap Microsoft software? Here's the legal way: be a developer 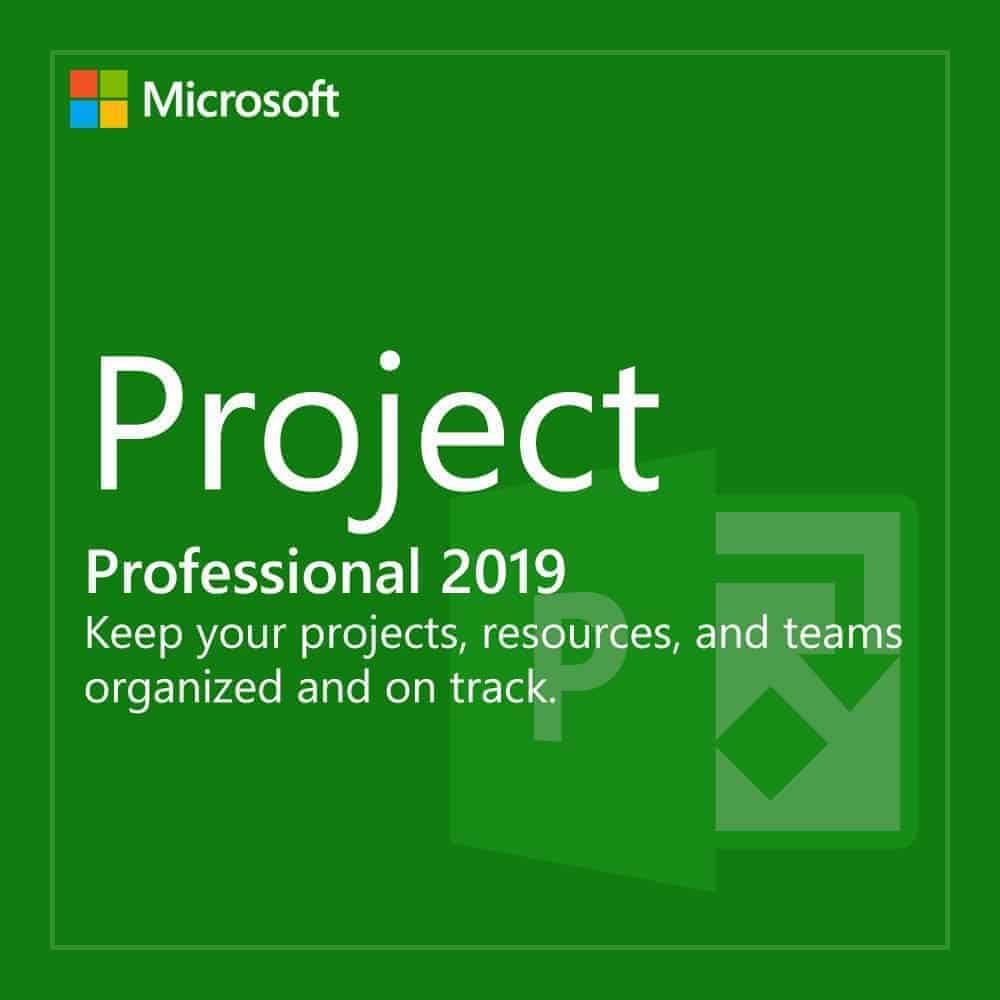 Share via Email This might be taking things a bit far, but you can take advantage of Microsoft's schemes to get its products cheaply if you develop. He's always said he never entered the contest, and so has declined the trophy. Traditionally that love has been felt most keenly in the various programmes on offer to developers to get software for free or far more cheaply than buying of the shelf. For background, I've often found that I've worked with people who could save some serious money by being on the correct programme.

Here's a rundown to their current offerings. This list isn't intended to be complete - it's not a catalogue, it's designed to give you a feel of how the various programmes work and how much they cost. Please bear in mind that you need to do your own research before embarking on any of these programmes.

DreamSpark Three of the programmes that we're going to look at in this article end with the name "Spark". This appears to be Microsoft's preferred name for programmes designed to "spark" interest in the developer community.

DreamSpark is the programme offered to students, and I won't spend too much time on it as most of you will be more interested in the commercial stuff. The inclusion of older versions of VS and Windows Server is a nice touch - it implies an enterprising young student can earn some extra beer money and experience doing maintenance on existing apps.

I'm really glad to see the VS versions being the full-on professional versions here too. This means that students have access to, particularly, the unit testing tools in the pro versions. This to me is a critically important good habit for software engineering autodidacts, so kudos to Microsoft for this. The programme is open to "accredited schools" or "accredited educational institutions" around the world, so anyone in full-time education should be good to go.

Also, this guide is not intended to be a definitive view to how you navigate the Partner Network - it is really, really complicated - but we should be able to help you grok most of it. The competencies are essentially your way of demonstrating to Microsoft that you have the chops to do one or more activities off of a prescribed list. The way you demonstrate capability is a combination of having qualified people on staff, getting customer references, passing tests and so on.

From the list of available competencies , there are those related to deployment of Microsoft products e. However analysis of the whole list is out of scope of for this article. A silver competency earns you 25 internal use licenses, whereas a gold competency earns you internal use licenses. You don't get 25 Exchange Server licenses Most Microsoft products are covered you can find the list here , and a more helpful calculator here , but "internal use" is a key operator.

Loosely it means that you cannot resell them, nor can you use them for direct revenue-generating activities, commercial purposes, personal purposes or customer training. An important wrinkle is that you can only use the latest version, so you cannot run Windows XP on this programme - you'd have to upgrade to Windows 7.

This makes sense: Microsoft wants you to be out there flogging the latest and greatest. You get five MSDN subscriptions on the silver level, and ten on the gold. However, weirdly, with silver and gold competencies you get MSDN subscriptions that you cannot use for direct revenue generating activities examples they give include developing bespoke software for a fee, or customisation as part of deployment , but you can use them to develop a commercial application which partners sell - emphasis on "sell" is mine, it's unclear how this works if you're giving stuff away free.

You should note that you can "top up" the amount of licenses you get by getting more competencies. Refer to the calculator linked above for more information on this. All in all, the silver and gold competencies in the Partner Network give you most of the software needed to run a decent sized IT solutions business, and all of the software needed depending on how you actually make money from the software that you write. You also get advisory hours i. What these do is get you licenses for cash without the heavy involvement of the Partner Network via the demonstration of competency through obtaining "competencies".

It should be said that with both of these offer elements of the support and sales and marketing help as the full programme - again, Microsoft's payback in this is that you will shift more licenses. Both subscriptions have the same rules about to internal use - i.

Although, weirdly, they also include the rule about not allowing custom software development. An important wrinkle is, like the silver and gold competency benefits, you have to be running the latest and greatest. You can pay a little extra to get physical media. MSDN is the granddaddy of Microsoft developer programmes.

It's basically "everything". Would you like Windows 3. That is fine. Access 2. Dyanamics AX? MapPoint ? BizTalk ? There's line items on the a spreadsheet that you can download here - although, remember, I said "spreadsheet".

There are eight current MSDN levels. All of them have that lovely, labourious naming that we have come to love from Microsoft. MSDN Essentials is the level that you get when you buy Visual Studio at retail see the blog entry here , and so we'll ignore that.

Importantly with the full silver and gold competency levels on the full Partner Network, you get the Visual Studio Premium with MSDN licenses five on silver, ten on gold. On the other two you get the more esoteric read "pricey" products, e. There are some differences in the software that you get as part of the core subscription, although the core OS and server stuff you are likely to need is there.

Next, Premium and Ultimate both have a collection of frankly irrelevant database tools. On the modelling side, with Ultimate you get all of that but not in Professional and Premium and if you're into modelling, why would you not use a stand-alone tool?

Ultimate also gives you something called "Lab Management". In summary, it's not obvious what you get with Ultimate or Premium that's so amazing, or that certainly can't be filled with, as alluded to, third-party tools.

This gives us three remaining MSDN variants to look at. Visual Studio Test Professional is designed for testers who are "embedded" into the test cycle.

We haven't spoken much about TFS here but there's a shared toolset for managing the quality aspect of development. Like Test Professional, if you're in this area you're pretty specialised. Confused yet? You probably are. This arrangement frankly is not pretty. Here is some rough street pricing: Another thing on the MSDN side is that you also get some Azure usage, details of which can be found here although, as we're about to see, the benefits are paltry.

BizSpark BizSpark is a programme to encourage startup businesses to build their solutions on the Microsoft stack. I say "encourage" - BizSpark is firmly from the "your first hit is free" school of marketing. It would be non-trivial to switch away from the Microsoft stack once your startup was up and running. To short circuit the discussion, BizSpark helpfully says that you get access to most of the licences available in Visual Studio Ultimate with MSDN, although confusingly they they go on to explicitly state that it is Visual Studio Ultimate that you get.

See this page. There is no clearly given limit to the number of users on you can have on the programme, presumably because the eligibility requirements act as a natural ceiling. Once your membership is up, you "graduate" from the programme and buy your licenses at a discount. A caveat laden discount - follow the single asterisk on this page. Where BizSpark gets more interesting is on the production server licensing.

Remember, with the other programmes thus far you cannot use the licenses in production environments - they are internal use only. You can use the licenses providing you are not just exposing out core functionality e. You can either hosting yourself or using a BizSpark partner, but I'm unsure why you would want to use a partner. A strong suggestion from the site is that you use the Azure benefit that comes with the MSDN subscriptions.

This is actually pretty lame - that's not much horsepower for running a decent sized app on the Microsoft stack. In fact, on the graduation page above the caveat implies that they expect people to be running three front-end boxes and one SQL boxes. At the very least, you're looking at five or six times the free Azure limit. Although other virtual private server ["VPS"] providers come in cheaper, Azure and Rackspace Cloud are roughly the same in terms of build. It's also worth noting that Rackspace do their own startup program.

Still, none too shabby for a free programme. WebsiteSpark WebsiteSpark is the final programme that we'll look at and it's designed to "professional Web developers and designers".

Like BizSpark, it's a three year program and also like BizSpark, there's no entry cost. The eligibility requirements are that you must have less than ten employees and be a professional services firm specialising in providing Web development and design.

You can also be a "one man band". Interestingly, the requirements are missing any requirement in terms of length of time trading, being of private ownership or having a ceiling on revenue unlike BizSpark. As part of the programme you get three licences of Visual Studio Professional, one license of Expression Studio and two of Expression Web. Virtual or physical boxes are supported.

To the extent that Type 1 contributions also represent a form of institutional investment, they're also more likely to come to "open source" projects, again because it presents the best opportunity for distribution, which is in the interest of the corporate sponsor. I think these factors explain much of the success of the "open source" splinter movement out of its "free" origins and why it became the dominant philosophy.

It best serves the corporate overlords.

How to Install Microsoft Visual Studio 2012 Professional with Framework 4.0