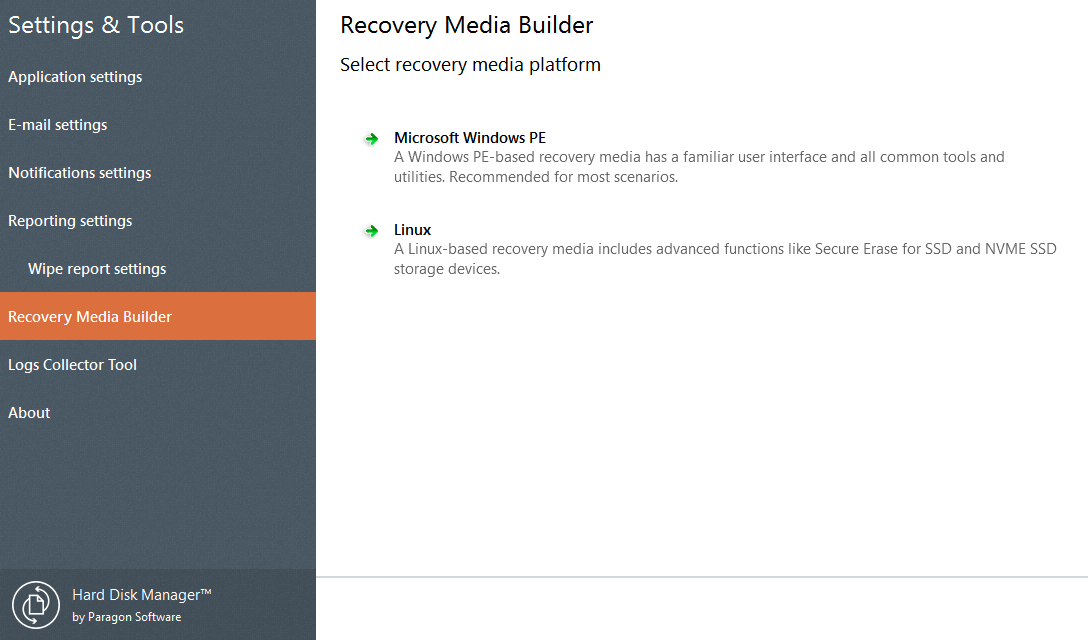 Despite the divisive squabbling of the Wagner family, increasingly lackluster casts, and the unique privations of the Festspielhaus, the Wagnerian faithful, on their quest for musical enlightenment, converge here each summer for the Richard Wagner Festival. By emulating Siddhartha meditating under the bo tree and focusing themselves away from heat, hunger, and physical pain, enlightenment comes, as Wagner the erstwhile Buddhist intended. For the most part, each scene worked on its own, but made little sense in context.

Rather than a great meal, it was a poorly planned Wagnerian tasting menu — too many contrasting tastes and textures without a unifying sensibility. Still, Flimm is a skillful director, soliciting complex portrayals from his cast and providing moments of compelling drama and arresting detail.

His work was at its best in Das Rheingold, which was an inventive, anti-mythic, modern-dress, Capitalism for Dummies-style deconstruction of the opera: Fasolt and Fafner were exploited migrant workers.

Loge tossed Wotan a purloined golden apple to give him strength for the elevator ride down to Nibelheim where Alberich kept his enslaved empire of goldsmiths wearing clean-room garb. The opera ended in a construction shed. In a telling moment, Wotan gave Erda a farewell hug only to have her vanish from her dress, leaving Wotan to hold her gown, which he focused on while he conceived his unconventional business plan.

Alberich, Loge, and even Mime all resurfaced to watch longingly as the gods strode on the rainbow colored carpet into their new, perspective-challenged corporate headquarters. Unfortunately, the director only intermittently pursued the idea that the ring dealt with the economic upheaval caused by the power struggle between E-business Wotan and bricks and mortar Alberich in later operas. Watching Wotan struggle to hide his anguish in his scene with Fricka whose only ram was in her Palm Pilot was extremely riveting.

He slowly destroyed his symbols of power and control: Unfortunately, Alan Titus as Wotan lacked the dramatic chops to play the scene effectively; his rage had no core or motivation. It was just loud singing and formulaic gesturing.

Elsewhere in the same opera, the production aesthetic changed substantially with an emphasis on stylized scenery and action. Surprisingly, the two big scenic moments in the opera were mishandled. The Magic Fire was neither; just garish pinkish light and pretty patterns on the ground made from colored aquarium gravel. The next two operas lumbered along, clashing in style and randomly introducing new ideas.

Or was she just going to business for herself knocking off Paloma Picasso? Somehow, we still expected that the Immolation Scene would bring these disparate pieces together. Instead we were presented with a random series of painted drops and then an inexplicable, kitschy final tableau of a curly-haired youth dressed as a medieval knight staring at the back wall of the theater on an empty stage. I guess that was supposed to remind us that Parsifal followed the Ring.

In the end, the production was just frustrating, seemingly deliberately so. Instead, he just wanted to provide some good theater and let the audience worry about the task of figuring out what the Ring was about. All the familiar symbols and modern references were just high-concept red herrings. My only complaint lay with the Gibichung palace, which looked just like Hollywood Squares.

Musically, things were not satisfying. For all the attention to coloration and rhythm, there seemed to be little concern with the emotional contours of the piece. At times, the orchestra was surprisingly sloppy, marred not only by the expected bobbles in the brass, but also by unexpected infelicities of missed entrances and askew balances, most notably in the Ride of the Valkyries which became an unlikely clarinet concerto.

In a demonstration of team spirit, or, more cynically, Maria Ewing-style caginess, Maestro Sinopoli took his only onstage bows surrounded by the orchestra or the principals. Nonetheless, he was the recipient of scattered boos. It is not a happy Ring cycle vocally, when the four best performers in the cast all appeared in one opera apiece. Most extraordinary was Waltraud Meier as Sieglinde, in what was likely her Bayreuth farewell, thanks to a catfight over next year's rehearsal schedule with the high priest of pettiness, Wolfgang Wagner.

She made a staging work that few other singers could pull off. After putting Hunding to bed, she returned wearing a wedding dress, in thrall to a kind of Wotanic possession. She performed the rest of the role with the trancelike urgency of one acting under a very powerful post-hypnotic suggestion. Vocally, she was radiant and unusually sensitive to the text. She opted for a number of novel interpretive choices including an extremely restrained "O hehrstes Wunder" that all worked within the context of her unique conception.

He also benefited from having actual direction, bringing lots of pungent detail to his role. John Tomlinson was an extremely effective Hagen. After only having heard him live in the sprechstimme role of Moses, it was a pleasure to actually hear him sing. His Hagen displayed an undercurrent of torment and anguish to go with the usual slimy villainy.

The last member of the honor role was Violeta Urmana as Waltraute. She brought both urgency and a lovely legato line to her scene with Brunnhilde. Urmana was also able to redeem herself from an unhappy Kundry a week earlier, when she fell victim to Christoph "Dr.

Evil" Eschenbach and his singer-unfriendly slow tempi. Even though he acted with care, I found him somewhat outside the role. Also, while he sang the part with authority, passion, and a measure of vocal grandeur, his voice still seemed one size too small for anywhere but Bayreuth. There was little extra for the big emotional or vocal climaxes. That was a general problem throughout all the operas at Bayreuth this summer; too many of the singers were only just able to manage their roles, thanks to the favorable acoustic.

For the Siegfried and Brunnhilde, near-inaudibility would have been a distinct improvement over what was inflicted on the audience. Alas, my enthusiasm lasted for only a few moments. Even by the compromised standards of our Wagner-singer challenged era, her performance was simply unacceptable. Any sustained tone was approached through a long, ungainly swoop; the top notes were random lunges that would defy notation by even the most adept microtonalist. There was no passion or love in her scenes with Siegfried and her unflattering costumes made her look like an escaped hospital patient.

Her Siegfried, Wolfgang Schmidt, was in some ways more even more exasperating. The doofy buzzcut and clownish costumes lent him even less gravitas than George W. A great Ring should bring a sense of catharsis and relief at its close, but by the end of the Flimm ring, we only felt disappointment and relief that it had ended.

Our trip was salvaged, to some extent, by a side-trip to Bregenz, where each summer the opera company mounts spectacular open-air opera productions on a floating stage on Lake Constance.

These performances draw enthusiastic audiences who come for eye-popping sets and special effects including real fireworks as much as for musical gratification. Un Ballo in Maschera, in an imaginative production by Richard Jones, proved extremely satisfying on both fronts. For Bregenz productions, the amplified orchestra and chorus are located in a covered area behind the stage. This allowed Jones to use ballet dancers for onstage crowds. Thus, the chorus could negotiate extremely intricate routines in the ball scene and wear whimsical, yet ominous, costumes that would overwhelm most choristers.

Just as Gustav was shot, a heavy downpour began. The soloists and dancers persevered to the end. The enormous set, which could be spotted from a mountaintop miles away, consisted of a skeleton looming over an opened book painted with dance steps. Thanks to some nifty hydraulics, this proved to be an extremely flexible playing space. A large crown emerged from the floor to create the space for the first scene.

For the gallows scene, a 4 story high guillotine with a sinister orchid growing from the basket for catching heads rose out of the water. Most impressively of all, a large coffin floated out from behind the stage and opened up to form the set for the Ulrica scene. It is impossible to judge the singers fully as they were miked.

However, this was the best sound design that I have experienced. There were two singers that I hope to hear again in an opera house. He seemed to flag some toward the end, perhaps a victim of the rain and the fact that the performance was done without intermission.

He covers the role at the Met this season. Elizabeth Whitehouse, the Amelia, did some lovely piano singing and proved to be a moving actress. Elena Zaremba and Elena de la Merced as Ulrica and Oscar respectively sank into their parts with fervor. The intriguingly named Pavlo Hunka was a capable, if unintimidating Count. He maintained a notable level of coordination despite being unable to see the singers from the pit behind the stage.

Oh, more about Bayreuth: There is, allegedly, some after-opera action in the lushly landscaped grounds of the Festspielhaus, but our after-opera activity of choice was foraging for food. We spotted Christian Thielmann and companion eyeing Beidermeier tchotchkes. Nearby Nuremberg is big enough to have a gay map, but the city was too creepy and haunted for us to investigate the scene.

Medieval Nuremberg was mostly leveled at the end of World War II, but the old city has been restored with less of an eye to authenticity than to creating a saccharine, Otto Schenk-esque picturesqueness. No World War II-era artifacts are to be found in the exhaustive collection of the German National Museum and a mere footnote in the German language-only tourist map alerts visitors to the so-called "Zeppelin field" on the outskirts of the city. No sign explains that this vast disused marble arena is the stadium used by the Nazis for their notorious party rallies.

Teenagers perform skateboard tricks on the steps; families play racquetball against the walls; and a recent wall of greenery hides the stadium from the busy avenue on the other side. Inside, there is a sparsely attended, unpublicized exhibit on Nazism presided over by a dour clerk who complains aloud to no one in particular about her malfunctioning cash register. We shuddered at the collective copy-editing of German history, the skillful elision of years of evil and moral cowardice. I wondered what I had missed.

A few brave souls booed Wolfgang Wagner for his inept design and direction, but they were soon silenced aggressive glares and muttered threats from the near-homicidal True Believers. Dawn Fatale When Speight Jenkins took over the Seattle Opera in , his first project was to replace their clunky "realistic" production of the Ring. It worked. Who can forget hefty Ms. Kelm leaping in a harness from the top of a three-story tower to persuade Siegmund to go on living?

She sang well, too.

Despite the divisive squabbling of the Wagner family, increasingly lackluster casts, and the unique privations of the Festspielhaus, the Wagnerian faithful, on their quest for musical enlightenment, converge here each summer for the Richard Wagner Festival. By emulating Siddhartha meditating under the bo tree and focusing themselves away from heat, hunger, and physical pain, enlightenment comes, as Wagner the erstwhile Buddhist intended. For the most part, each scene worked on its own, but made little sense in context. Rather than a great meal, it was a poorly planned Wagnerian tasting menu — too many contrasting tastes and textures without a unifying sensibility. Still, Flimm is a skillful director, soliciting complex portrayals from his cast and providing moments of compelling drama and arresting detail. His work was at its best in Das Rheingold, which was an inventive, anti-mythic, modern-dress, Capitalism for Dummies-style deconstruction of the opera: Fasolt and Fafner were exploited migrant workers.